Recently, I contacted one of Stephen’s old coworkers, who now does hair, for a cut and color. Stephen has been growing out his hair and he was thinking about having it cut by someone for the first time in like 10 years. He said he would like to go to his old coworker and I thought, I need a trim and kind of want a different color so I might as well go to her as well. This was the worst hair experience I have ever had and I will spare you the unprofessional email I received from her but it was just an overall awful and an experience I am glad has finally been resolved. The cut was uneven and more than a little trim, after getting that fixed, my hair is about 1 1/2 inches shorter 🙁 which sucks because I am growing out my hair, I guess it could have been worse though. Here are some pictures to show you what happened with the color:

The color actually looks kind of pretty on the top. I had to curl it because it was the only way to cover up how uneven the cut was!

Again, on the surface the color is okay and actually kind of pretty in some spots.

Then you start looking underneath and you see how uneven it is. 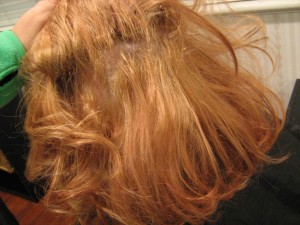 My tiger stripes! These pictures were taken 3 days after the experience, but it almost looks like my roots are growing in, but only in random spots! 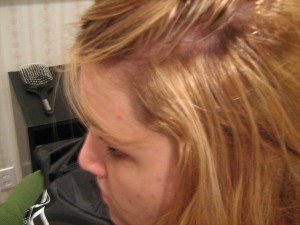 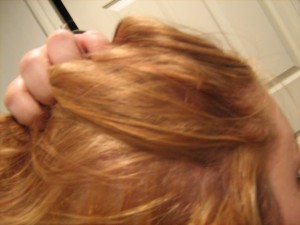 My Wilma Flintstone wig! My friend Sarah said the bottom of my hair looked like fake blond doll hair, I totally agree. Oh and it felt like it too, dry but kind of plasticy. ECK! When I was getting it fixed the stylist found little bald spots where the hair had burnt off because the girl left the color and bleach on way too long because she didn’t know what she was doing.

Look at my hairline as it frames my face. So gross! 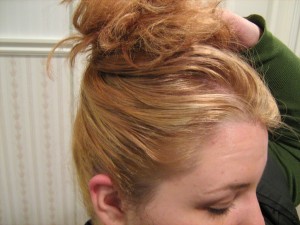 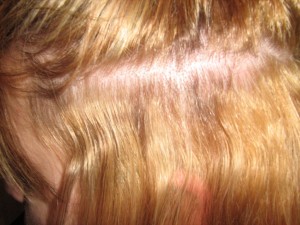 AHHHH! I am saved! Look how pretty the color is. Even though this isn’t what I wanted in the first place at least it is normal and even and it looks healthy! 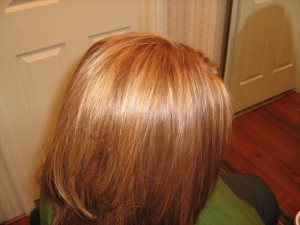 No more tiger stripes! There were still a few issues that we couldn’t get cleaned up because the damage was too much, but I think overall it looks a ton better! 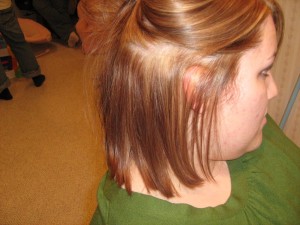 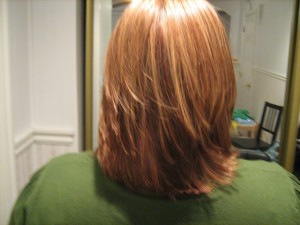 I didn’t think it would be nice to name names here for anyone involved, but if you want to have the contact information of the awesome stylist that fixed and saved my hair, please let me know!!!