I have never been a big fan of camera phones. I have a pretty new phone as of January and the camera is actually pretty nice but a camera phone is still a camera phone. A few months ago, Stephen had grown out a beard and then while shaving it off, he decided to try out a couple different options and show them off to me. It was very fun and he was cracking me up, as usual!

This is one of my favorite pictures from that day.

I think it is funny and perfectly represents Stephen but the picture isn’t that great. So I decided to edit it in Photoshop. I will let you in on a little secret for my photo editing. Almost all of my photos have editing based on the Pioneer Woman’s Photoshop Action sets. I have tweeked them and altered the actions to fit my style and make them more my own.

I remember being so blown away by how cool her “actions” were but didn’t really understand how they work. Basically they are macros, you record your steps in Photoshop and then when you edit the next time you just play the action and it makes the exact same edits but you can still edit them for each individual picture. I have since learned how to make my own and have done some but I tend to go back to my favorite mixes based on PW. You can find her actions here, she even has them for Photoshop Elements.

I played around with her vintage, seventies, fresh and colorful and sepia actions. I also lightened up the eyes as well as the background and taking out the yellowness. This is what I came up with. 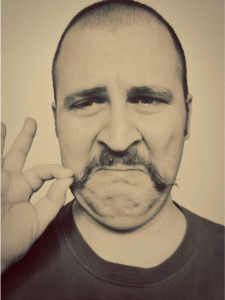 Here is the side by side comparison. I am really impressed with how it turned out considering it was just a camera phone picture. 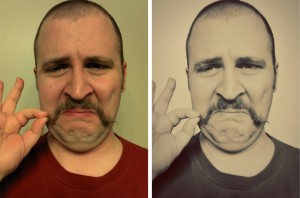 Type Catalog – The League of Moveable Type
The Fam