Happy Birthday to my dear sweet little Libby. I can’t believe how fast this parenthood thing is flying, am I right? In honor of this girl, I’ve got some 3 year old picture ideas to share with you. Be prepared, this is picture and cuteness overload today!

I’m actually not even in the same state as her today! My mom was going to be a few hours away for a work conference and I couldn’t miss the opportunity to see her. She will be busy with work stuff, that I can tag along for but not the kids really, so I decided to go alone. The only drawback was that it fell over my daughter’s 3rd birthday. That’s okay though, we still made it special for her by celebrating the other night with her favorite food (pizza and an owl shaped cake) and then went to the trampoline park as a family before I headed out of town.

I hope that some of these images give you some inspiration and ideas on how you can capture this fun stage with your own kids. I basically kept it very casual and even used her room where we had a simple wall color and could easily move things out of the way to avoid anything distracting in the background. I pulled open the curtains to let in natural light. We talked and played and I really just wanted to capture her. We did the outfit she wasn’t as thrilled about first, even though it had a prized owl necklace included, but I knew if we started with the PJ Masks shirt, it would have triggered a tantrum when we’d need to change so I used it to give her something to look forward to. 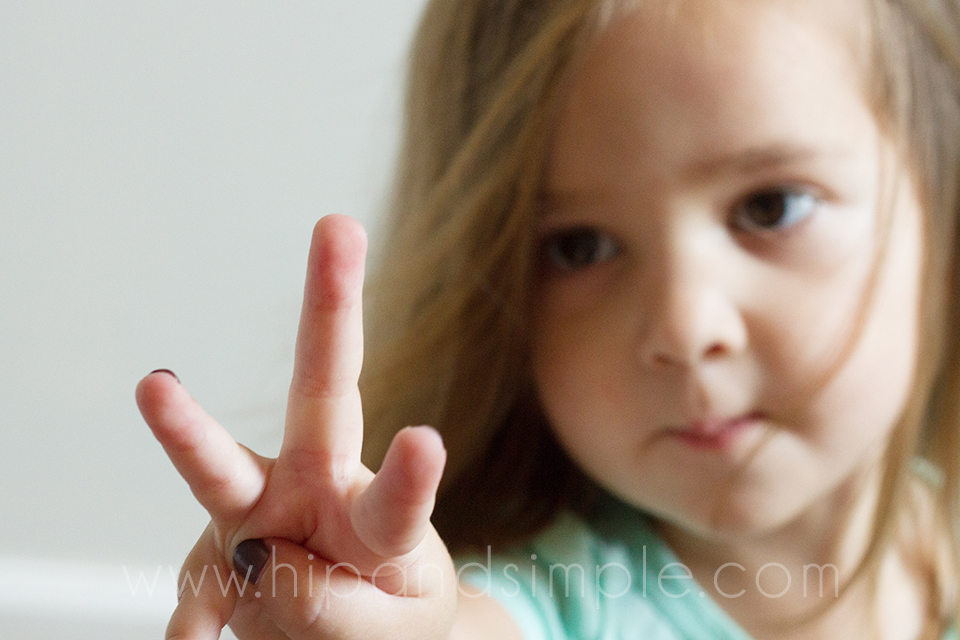 I did a much better job of capturing my son through each month of his first year and then each birthday after that but poor Libby is the second child and fell to those stereotypical actions of me not able to find time for the same things. I do make sure to capture her at least on her birthday. It’s so crazy to see how much she has changed from when she was born, a year old, two years old and now a big 3 year old! 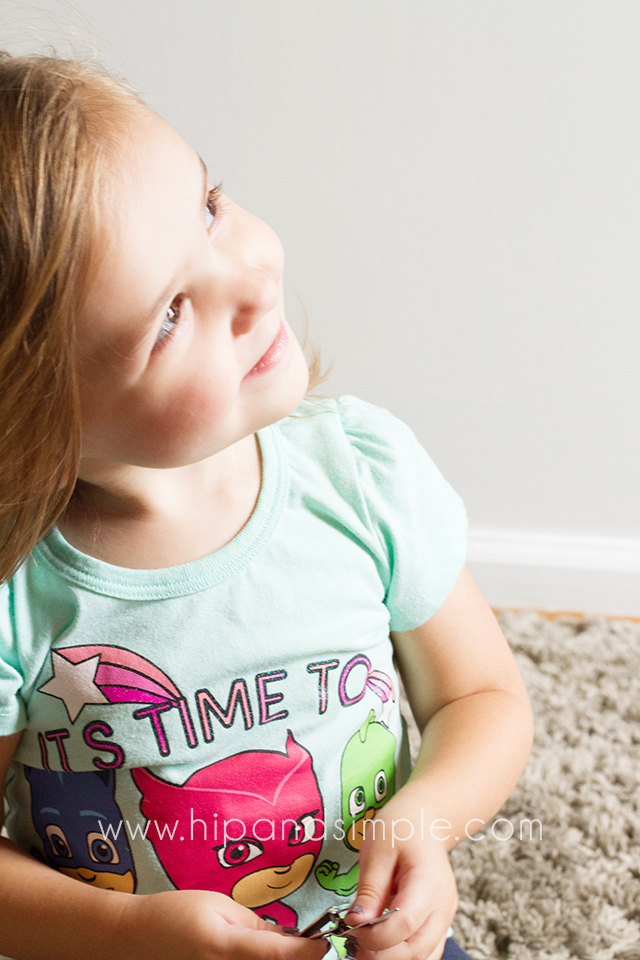 Let me tell you about this spit fire, sweetheart of mine. 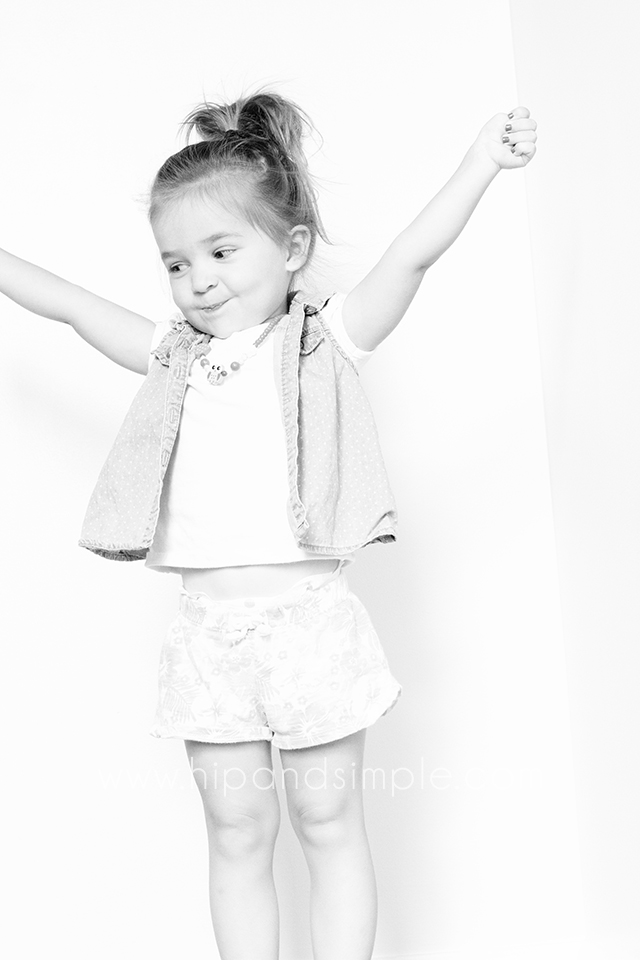 She loves the color purple. 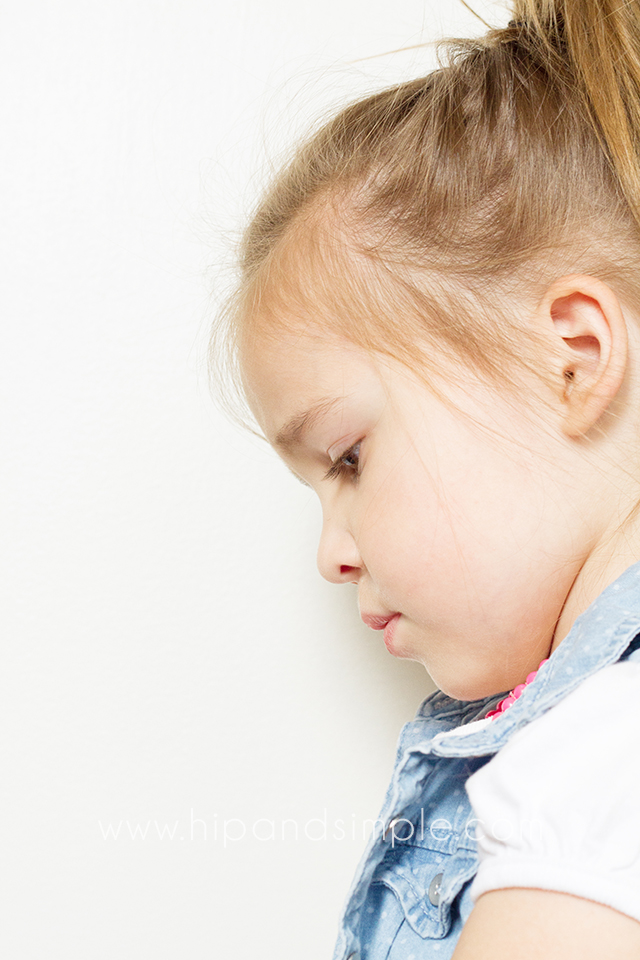 She is thoughtful and kind. 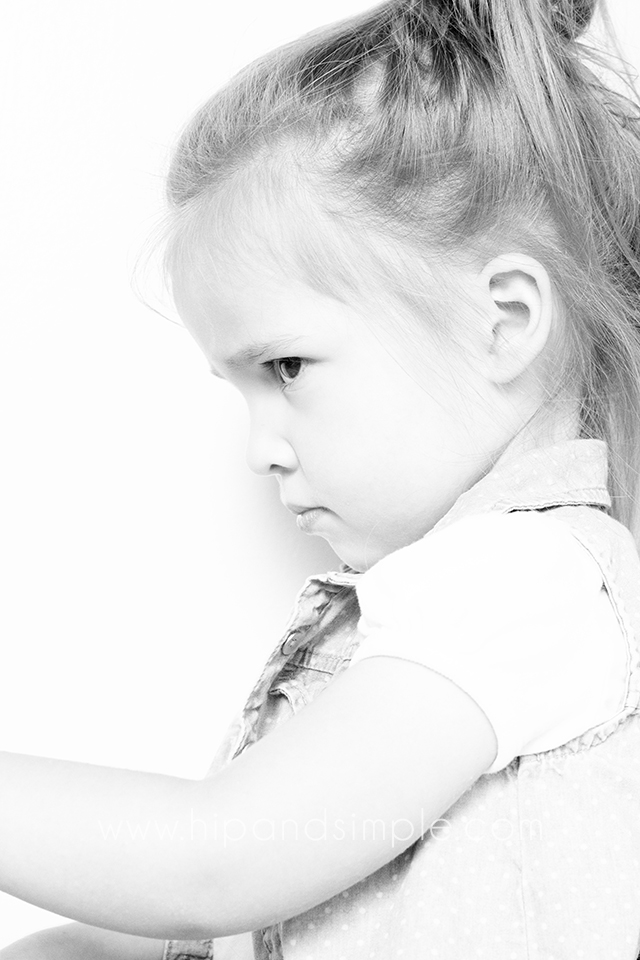 But she can be oh so stubborn. I don’t know where she gets that from…. 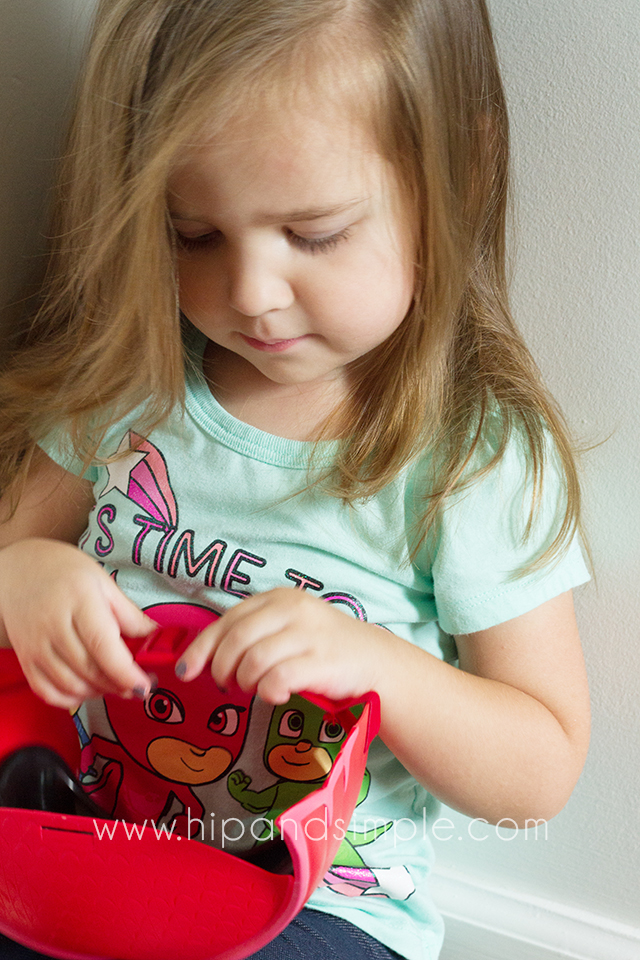 The only consistent thing she has really shown interest in is owls and this character “Owlette” on a kid’s show called PJ Masks.

My heart melts when I see this picture. She looks like a super hero. She loves looking at it too! 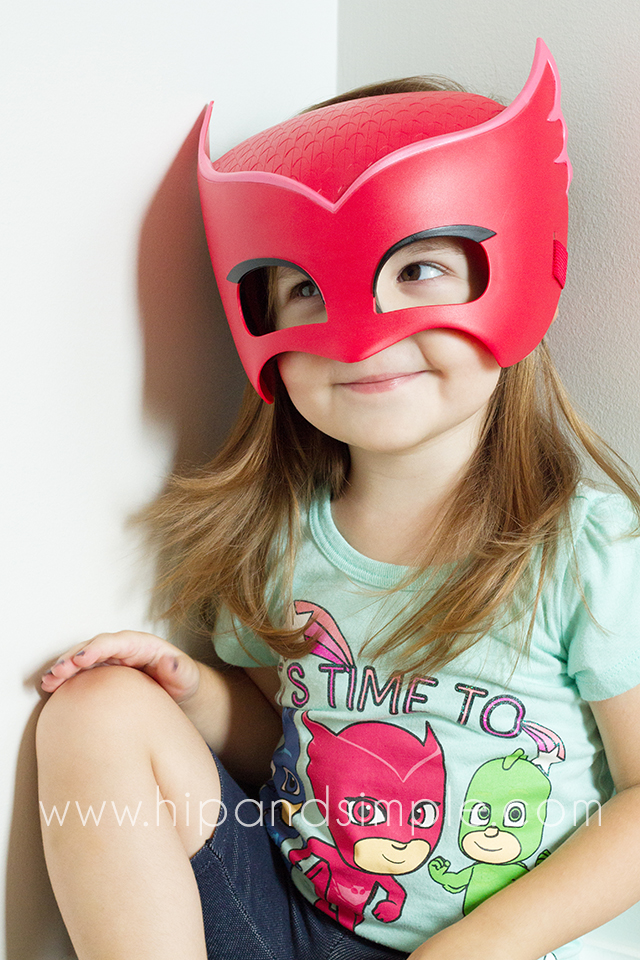 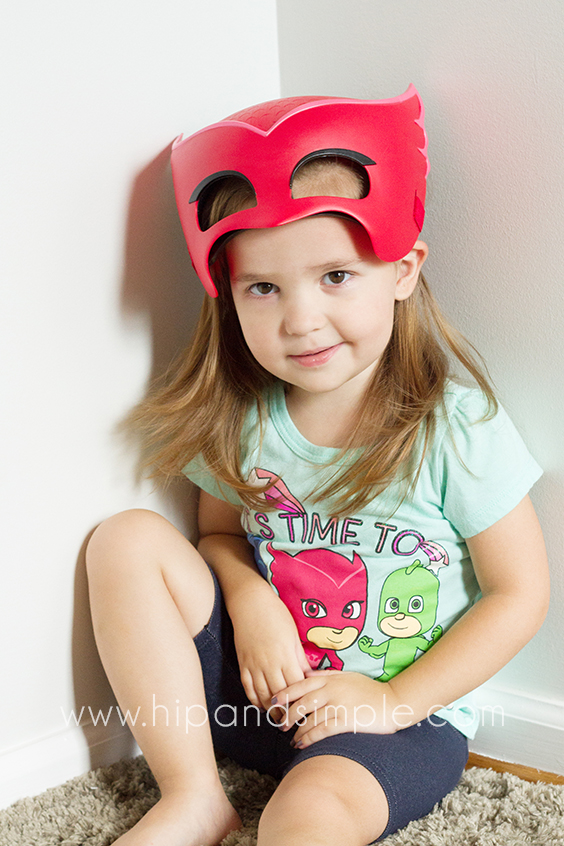 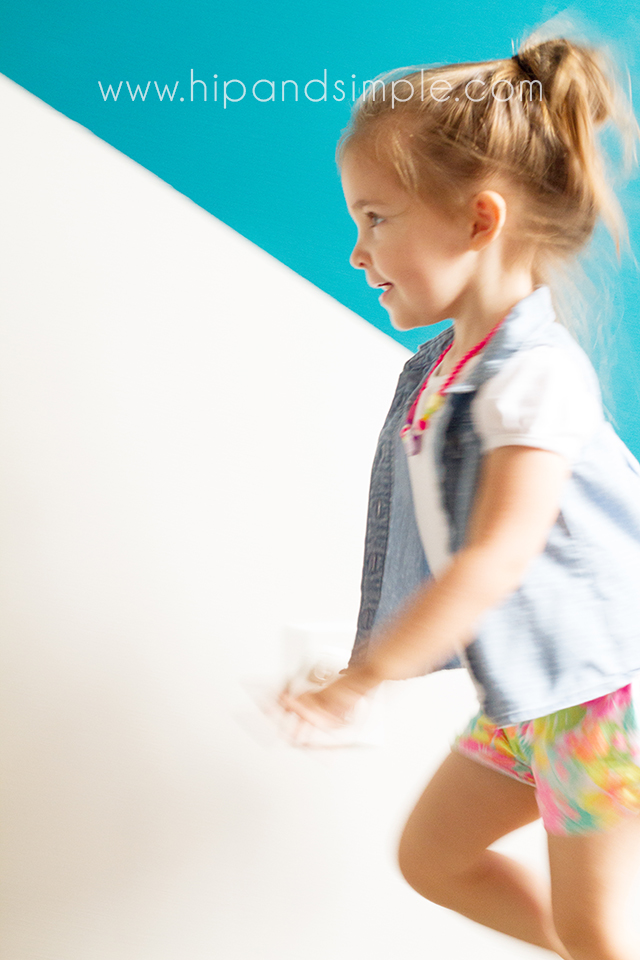 She likes to climb and run. 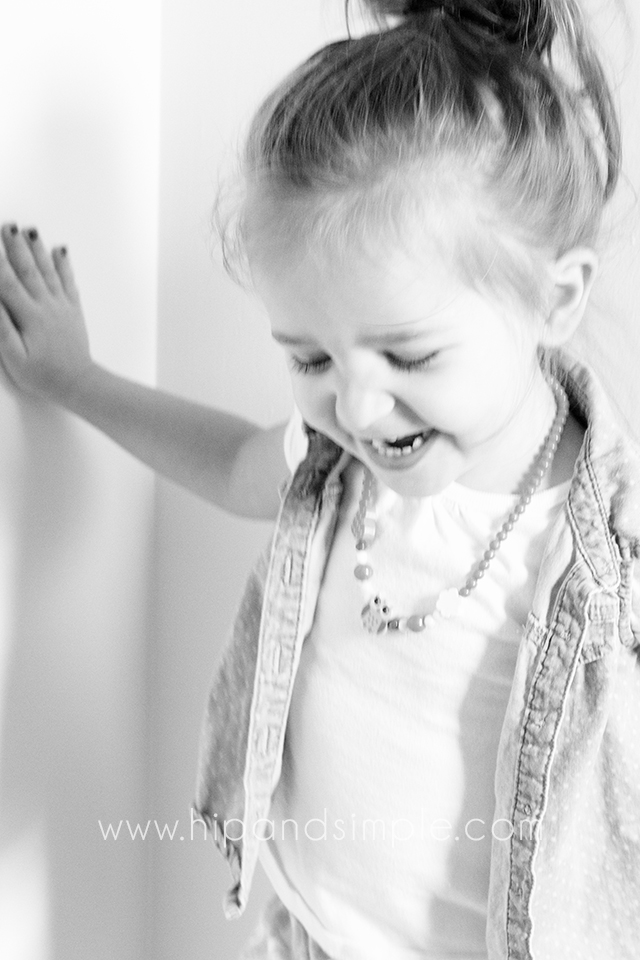 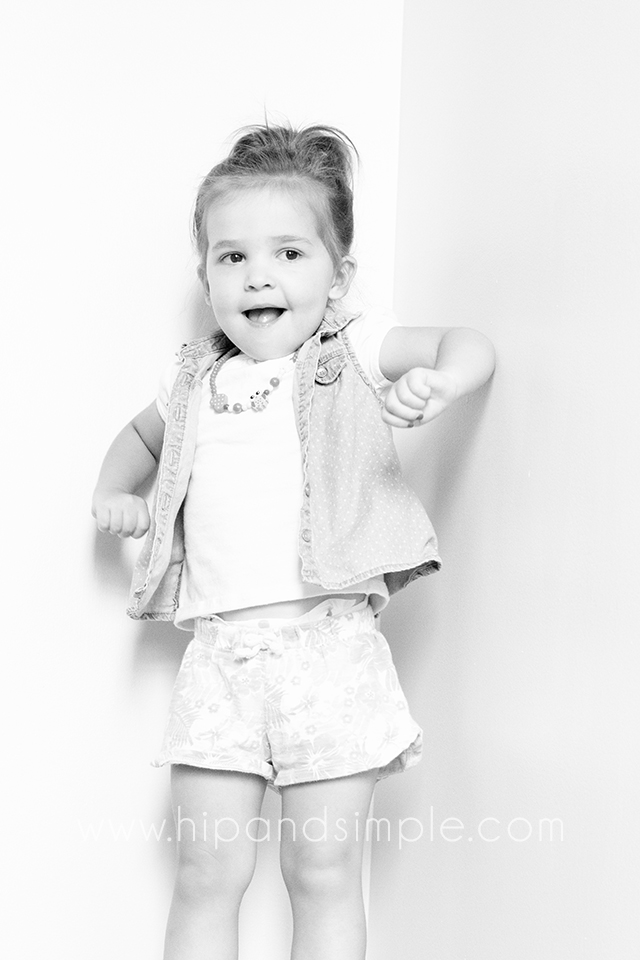 She loves being silly and playing her heart out! 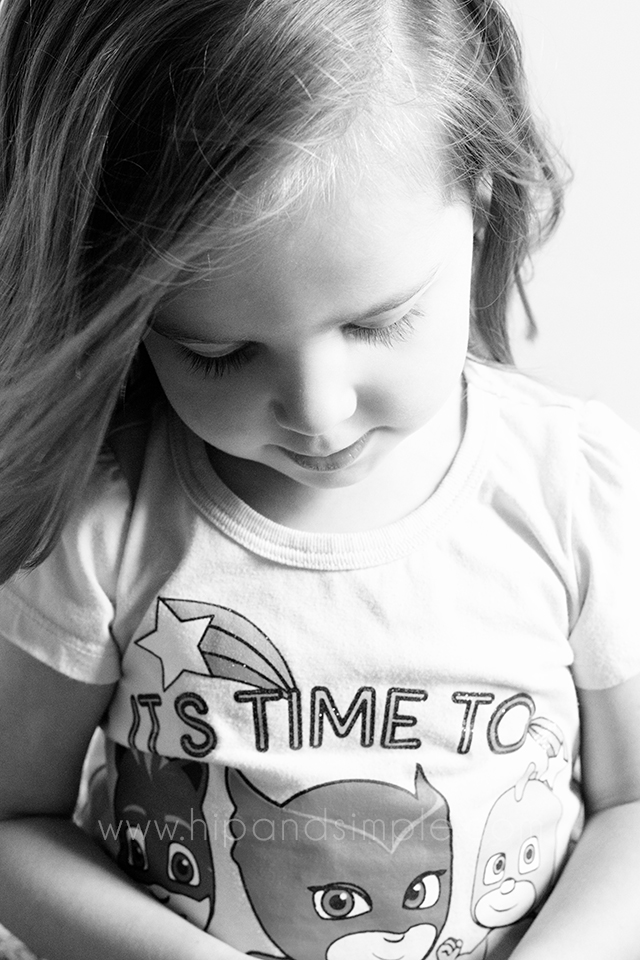 She gets shy and makes you work for her affection sometimes but she is becoming a little more outgoing everyday. 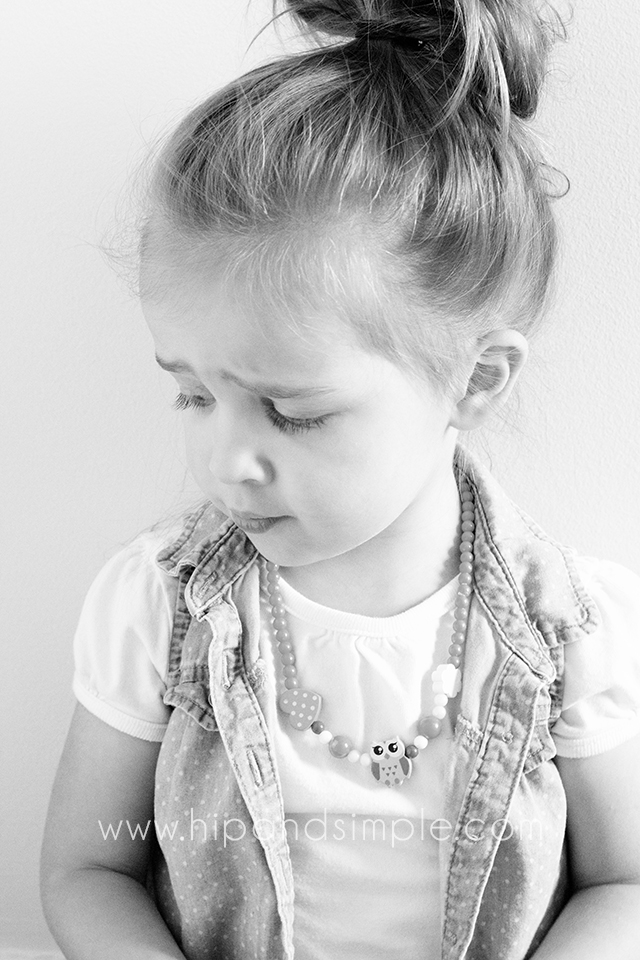 I think she has really good instincts about people so I like to watch how she reacts because she is so in tune with emotions and a person’s general attitude. 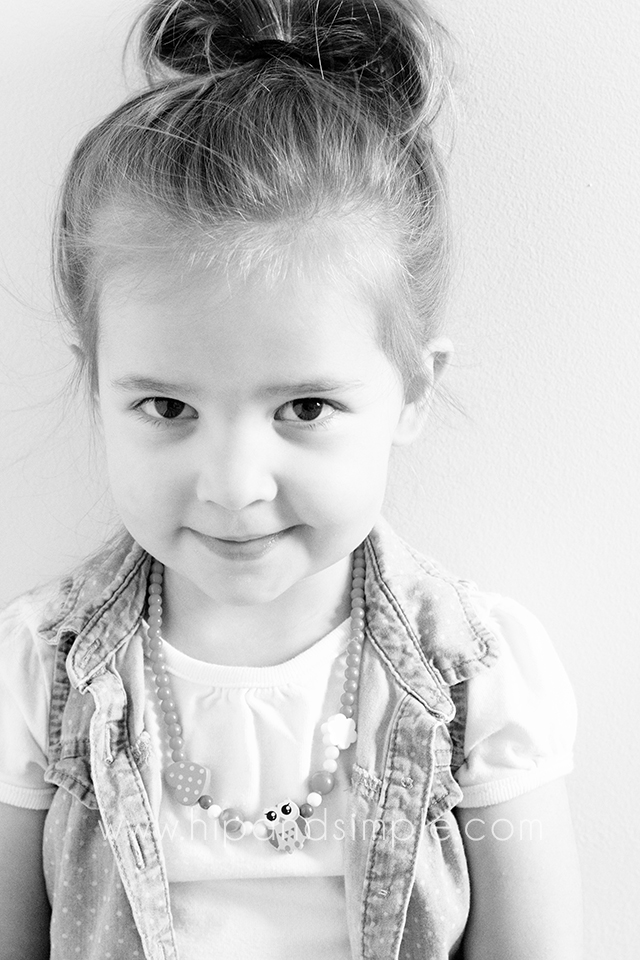 She does not talk nearly as much as her brother did at this age. I haven’t been really worried about it. We’ve been working to encourage her and build her confidence. My son likes to answer questions for her and she let him talk for her for a while. We just keep at it and work wth her. In the past week even, she has begun to talk so much more. It’s fun to see her grow. 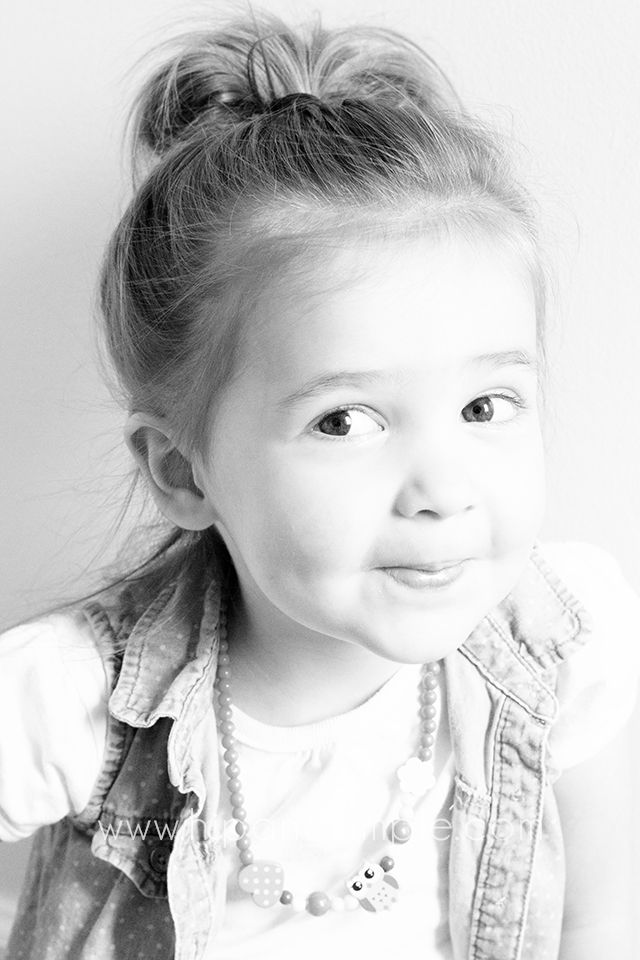 I didn’t know that a human could naturally bat their eyelashes until she started doing it. She doesn’t do it as much anymore but she is a sly little one. 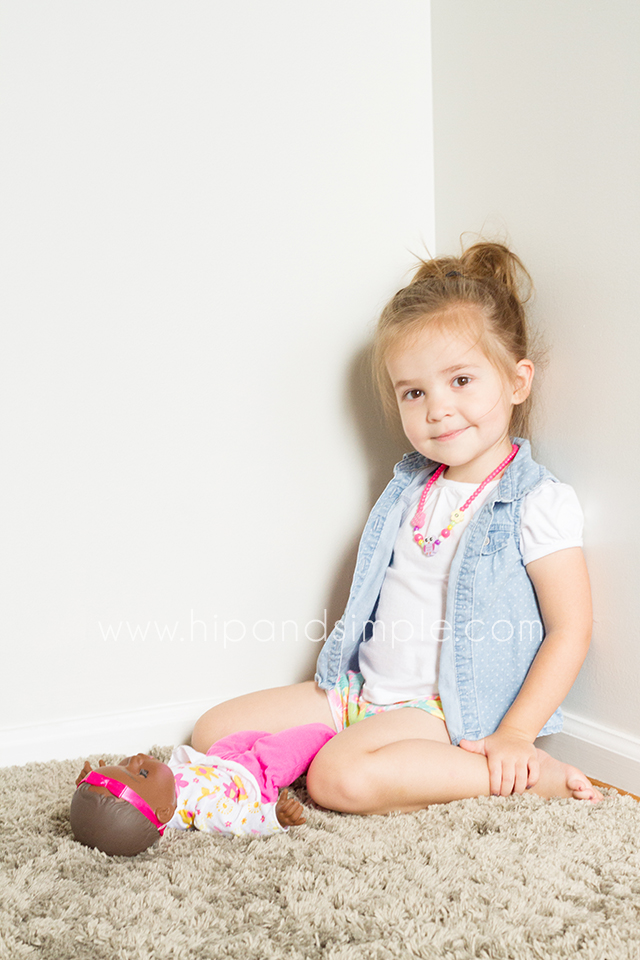 The other day we went to the store and let each of the kids pick out a toy. I’ve given her dolls before but she has literally turned her nose up at them. But this time was different. She picked a baby. She was very adamant about which one she wanted and it was hers. She calls her “Libby”.

They’ve been inseparable. She feeds her, sleeps with her, burps her, etc. It’s so sweet. I had some apprehensions about having a boy with my first because I get the girly stuff not the boy stuff as much. I’ve gotten over that and love being a mom to both of my kids but it’s fun to she her picking some girlier things. I never want to push either of them to be anything they are not but I do want to provide them options for a well rounded life. Anyway, it’s just sweet to see her and her baby.

I see myself in her… 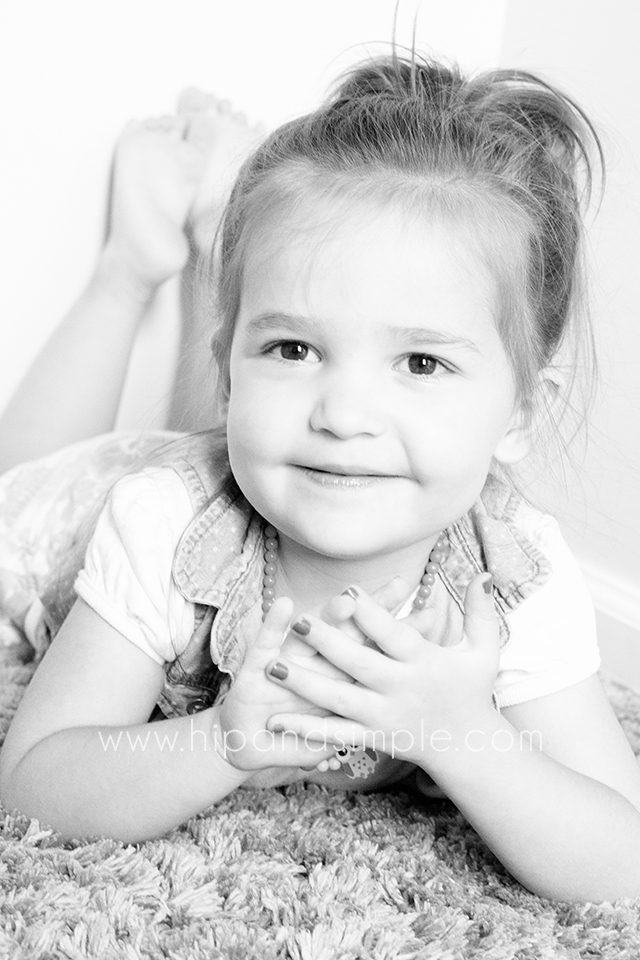 …but I also see so much more. 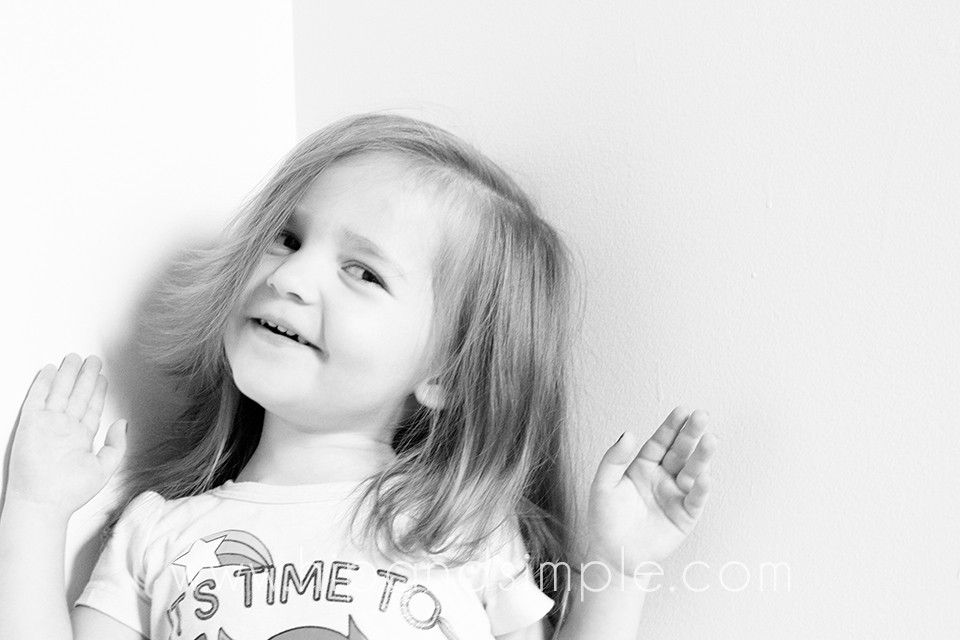 She is just so precious to me. 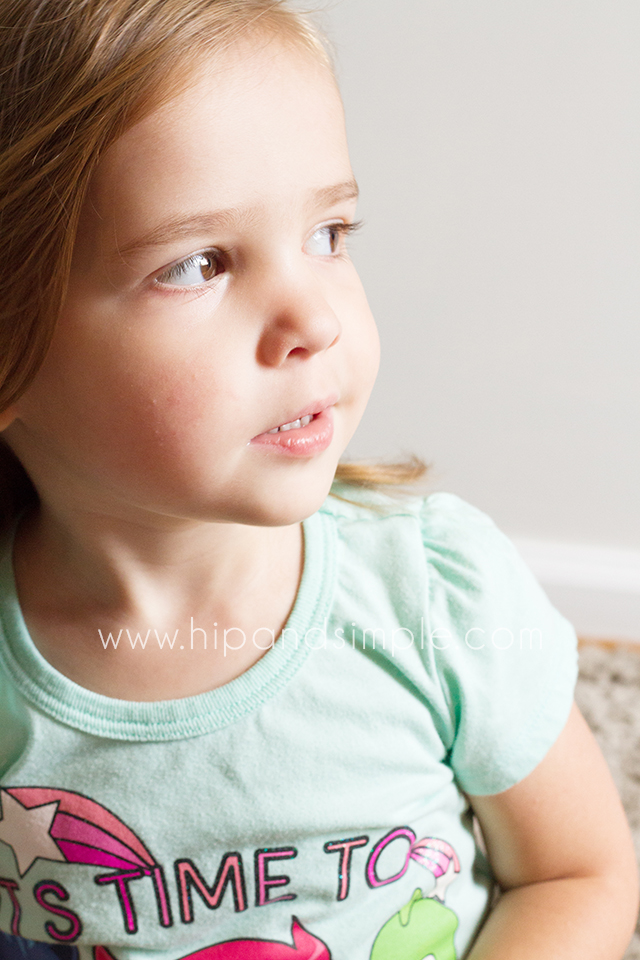 I can’t wait to see what she becomes and I can’t believe she’s mine. It’s awesome! 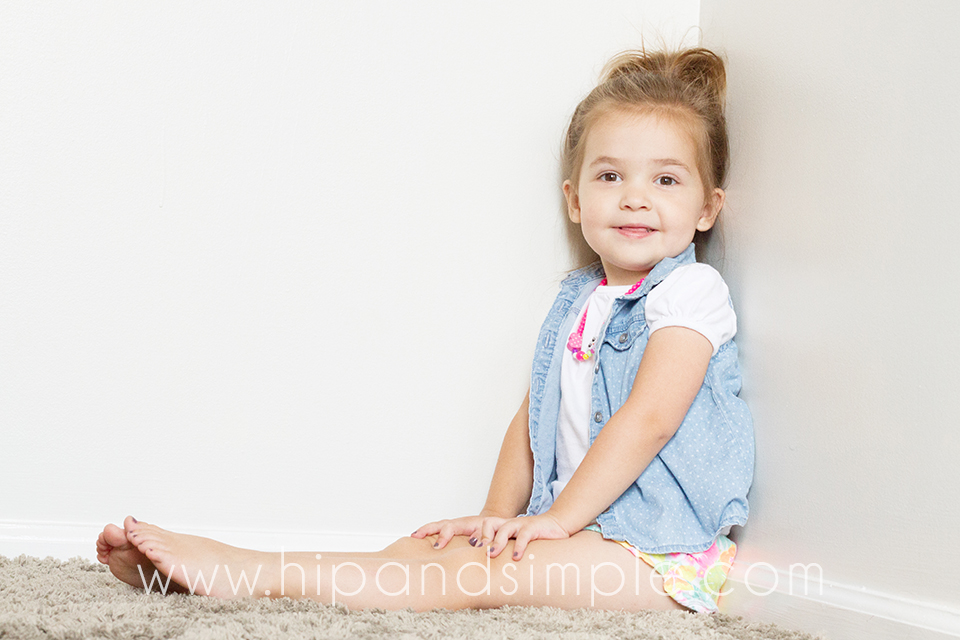