My little boy just turned two! I don’t know where the time has gone but it has been a blast! For his birthday, I wanted to do an activity that was a little different than our day-to-day stuff and something he would enjoy. This kid LOVES TO COLOR. I mean he really really really loves it.
It is one of the big triggers for tantrums because he never wants to stop. I guess that’s part of him being a toddler and learning. We are working on it but there are days where I just know we can’t color because it might ruin the rest of the day once we have to stop but on his birthday I knew we had to include it.
He got a cute card from my grandma, his “Nama Great” as he calls her. On it, there was a cute elephant with a party hat. He has spent a lot of time inspecting that thing and having me read the card to him over and over again. He pointed out the hat to me and I had the thought that it would be fun for him to make his own hat.
I traced out a four templates for the hat and sat down with him and let him have at it. When he colors, he gets intense into it and is very focused. 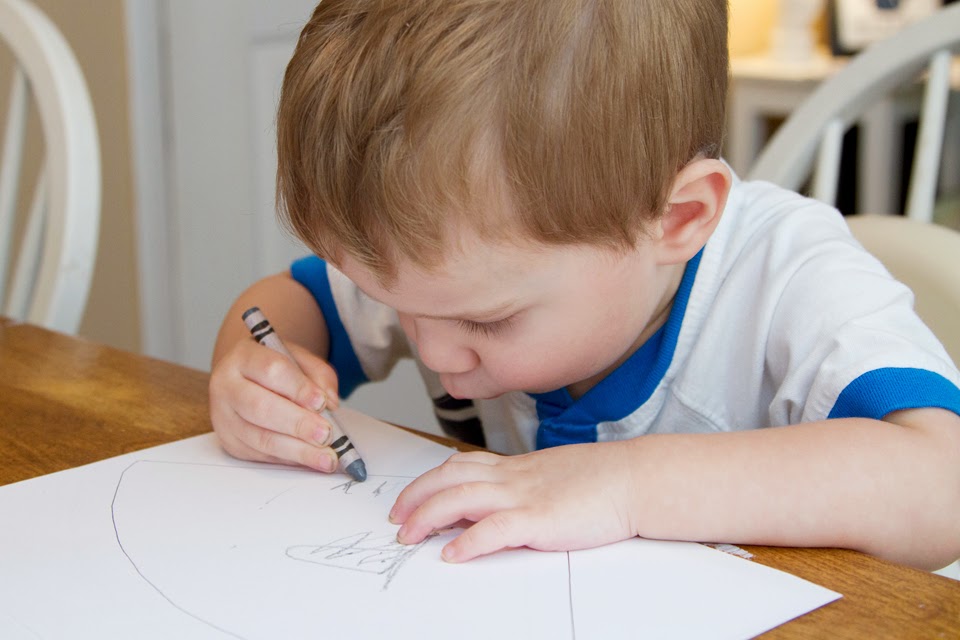 Then he’ll break focus and shove a crayon in my face and ask me to draw a heart or a car. It’s then that I realize how bad I am at drawing simple things but I comply for his happiness.
While we were doing this activity, we were Facetiming with my mom in Nevada. It was fun to share a little of this time and for her to see him on his birthday. He is such a flirt and has such great facial expressions. We are working on teaching him how to hold up two fingers to show his new age.

After he finished the four templates, he wasn’t done coloring. I pulled out a coloring book and then went to work assembling the hats. You simply cut around the template, join the edges, tape a little and then tape in some string that will wrap down around the chin. I didn’t want anything too secure so it could come off easily and not be a choking hazard. If he were a little older we probably would have pulled out some other things to glue on like a pom pom on the top or streamer around the bottom, the possibilities are endless. This would be a fun activity at a little kids birthday party and a take home for the kids. Or even make them a little fancier for adults to wear and something to do while counting down before New Years.

I’m pretty excited about how the whole activity went and the response my son gave. When I put it on his head, he was a little thrown off by the string under his chin but once he saw himself in a mirror, he thought it was the coolest thing! 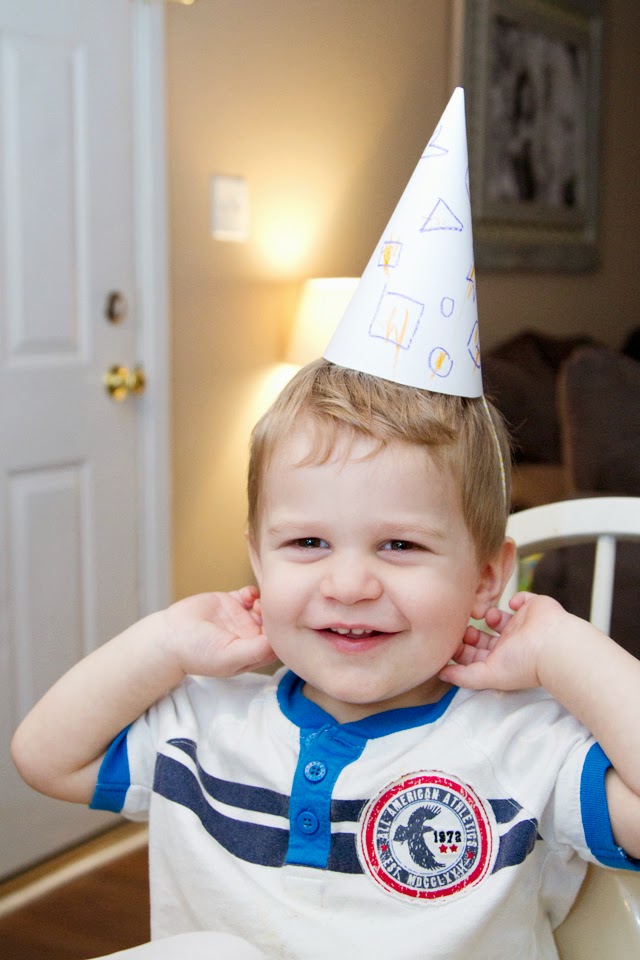 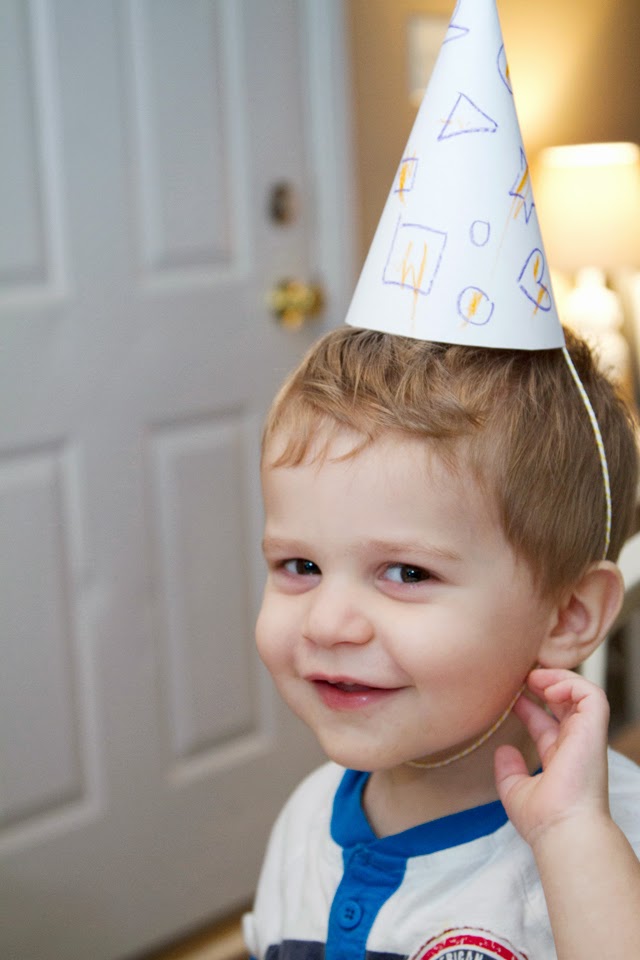 If you would like the template, you can download it here.
My husband got home pretty soon after and we all put on the hats we made and gave the birthday boy his present. Then we enjoyed some dinner and a little birthday cake. It was a great way to celebrate this special little boy. I can’t believe it’s already been two years! We feel so lucky to have him in our lives!