I can’t believe I haven’t shared this yet! We’ve gone from about 52 rolls a year down to about 4 or 5 rolls a year! I’m letting you in on my secret of How to Reduce Your Paper Towel Usage. 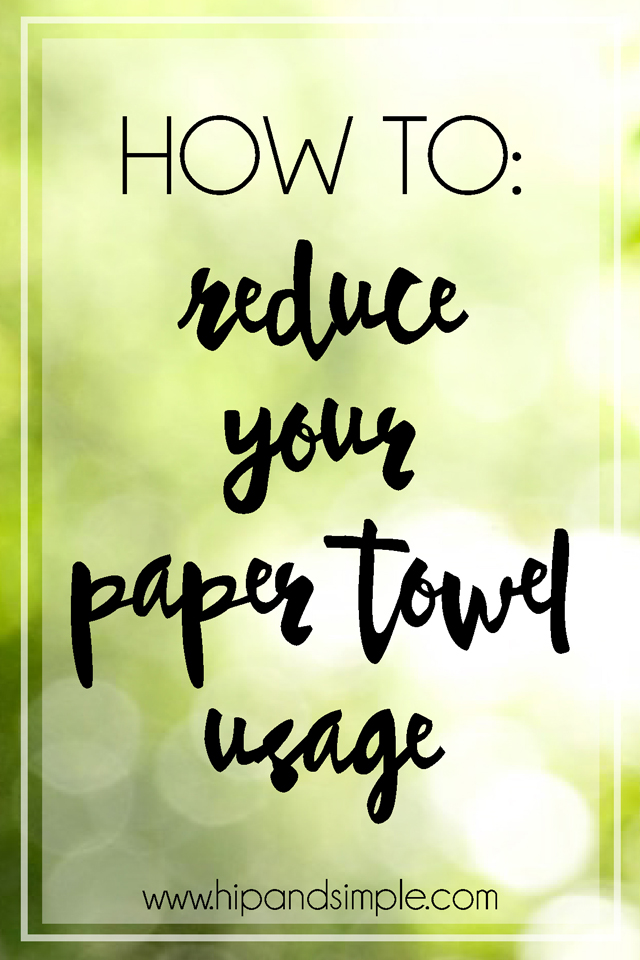 About 5 years ago, I got so sick of buying those huge packages of paper towels from Costco. This started out (as many of my projects and ideas do) as a way to save some money but it really has reduced our trash which helps the environment. We were using a roll a week it seemed and even more when I had big craft projects going on. We used at least one as a napkin at every meal. Wrapped sandwiches in them. Cleaned our house with them. Lined our ziplock bags with sliced fruit with them. You get the idea, we used them a ton!

I saw an idea where someone had sewn pieces of fabric together, added clasps and made it look like a roll of paper towels that were reusable. So cute but yeah no, not for me because we would never clasp them and roll them back up. So, I found some cheap washcloths. I washed them, folded them, and put them in a little basket I never used. I found that keeping the basket right by the sink made it easy for us to grab these over the convenience of paper towels. We also started using some cloth napkins and added those to the basket as well. 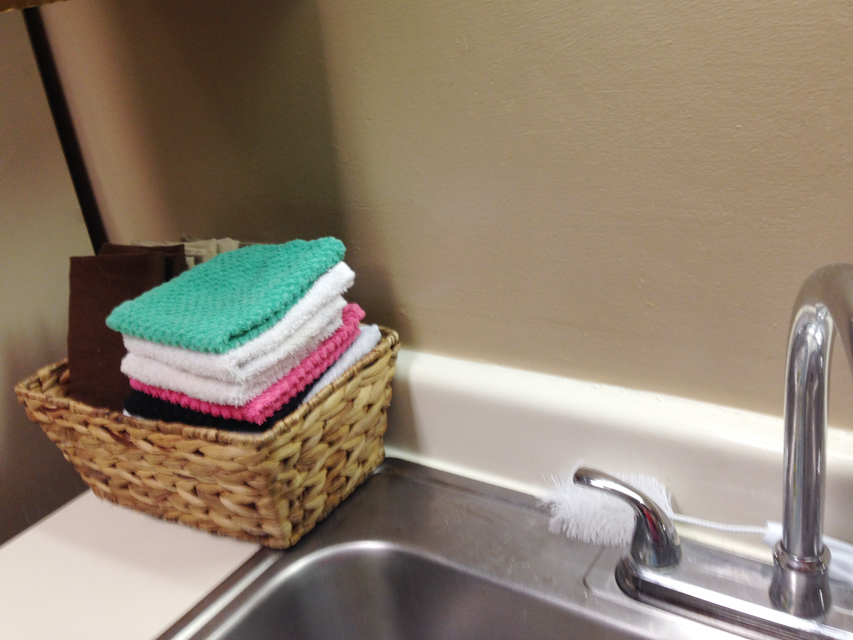 We started out with all white towels so we could bleach with no issues but somewhere along the line we picked up a multi color pack and I thought, I’ll use a certain color to clean certain things to stay organized – HA! Who do I think I am? Some really organized person who has time and energy to keep up with that??? They all end up in the same pile and just call it good. 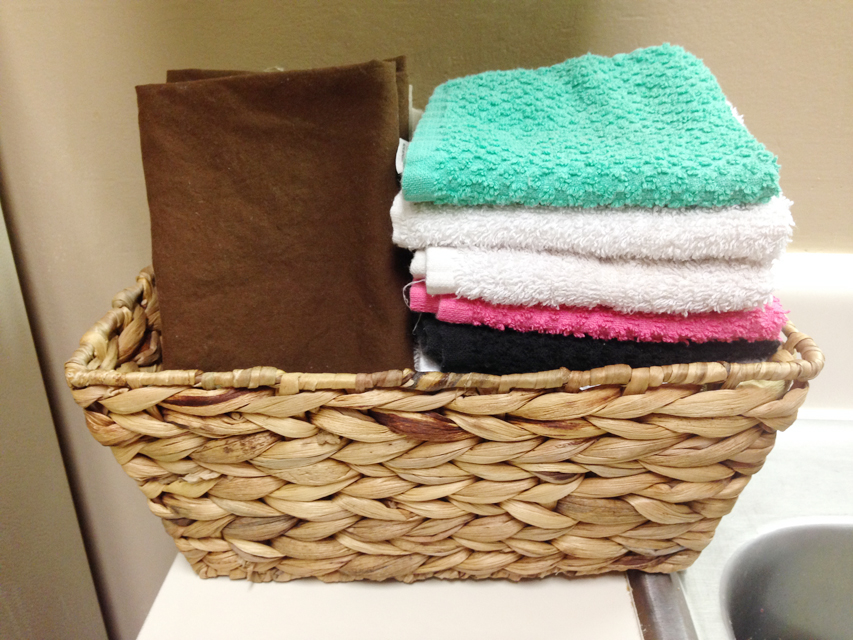 That part was easy, it was the “what to do with them after we use them” part that was tricky. When we started, we didn’t have kids yet and could keep up easily. We kept a little trash can under the kitchen sink and would just take that up to the laundry area when I’d wash towels. It worked really well but if we ever let that pile up, it got real stinky, real quick. Fast forward to our little apartment and the addition of two kids and going through tons of messes and faces to wash, it was getting a little out of hand. The humidity and heat here in Alabama, made for a really gross combination. The little garbage can was not acceptable any more; it was downright unbearable and I was ready go back to paper towels. 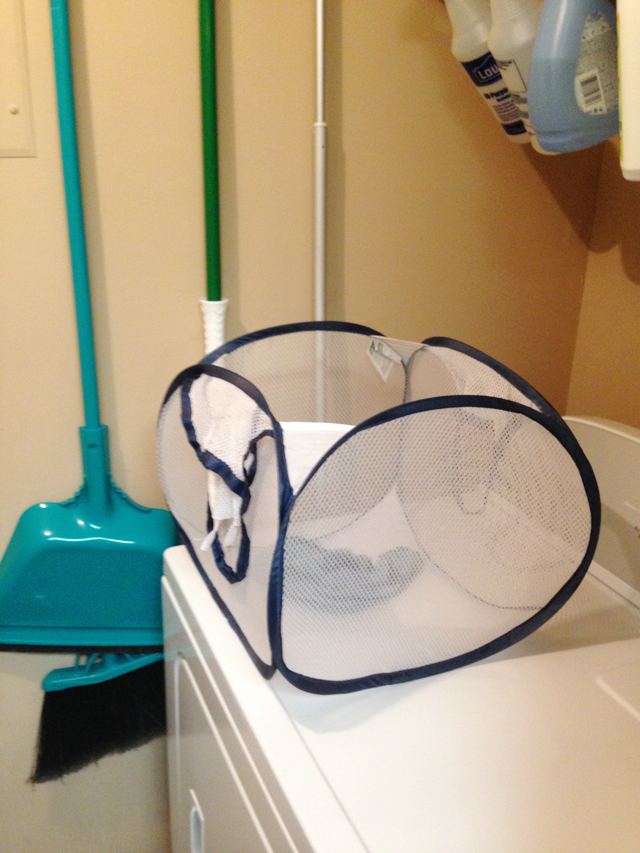 Our resolution was to keep the dirty cloths in a cheap mesh pop up hampers. This has revolutionized this process for us and for only a few dollars! It allows the towels to dry out so the stench doesn’t build up. We wash these at least once a week if not twice so there isn’t too much build up. We just toss them in with towels or sheets (any hot loads) so it hasn’t increased our laundry any but has saved us a lot of money and helped us feel a teeny tiny bit better about our impact on the environment. The best part is this basket folds up and we toss it in the wash with the towels every couple of washes. It has a satin liner in the bottom and I don’t want that getting gross.

I still keep a roll of paper towels on hand though for pet messes or bacon grease, things that are gross and I don’t want to think about being on a cleaning rag. When a rag is really worn out, I just add it to my craft supplies and use it when I stain wood or do something messy that I would normally use paper towels for and toss it when I’m done.

What do you think? What would you do differently?